The Nuclear AMRC is a sponsor of SSAFA’s official VE Day 75 commemorative album.

The book is a fully illustrated hardback publication which includes an extensive photographic record of the day, as well as original eyewitness accounts. Funds raised through sponsorship and sales will help to support SSAFA’s vital services providing lifelong support to members of the armed forces and their families – order your copy today, or browse the book online.

The book also reflects on the UK’s social, industrial and cultural make-up, subsequent VE Day anniversaries, and the best of British across a host of spheres. The profile below features in the ‘Industry and Enterprise’ chapter. 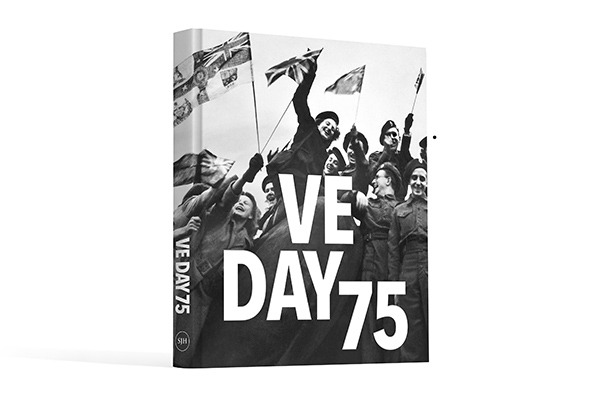 Andrew Storer knows the British nuclear industry inside out. Having begun his career as an apprentice at a firm that manufactured reactor components for Sizewell B, Storer later moved to Rolls-Royce to service the Royal Navy’s Trident submarine fleet.

Now he drives innovation across the industry as Chief Executive of the Nuclear Advanced Manufacturing Research Centre — commonly abbreviated as Nuclear AMRC — the national research and development hub responsible for enhancing the UK’s nuclear manufacturing capability.

“Our mission is simple,” says Storer. “It’s to deploy our R&D talents to enable UK companies to win work in the nuclear and adjacent sectors; whether it be in defence, civil nuclear, decommissioning or advanced fusion reactors.”

The trouble is that much of Britain’s nuclear industry comprises companies that are only partially committed to the sector because they struggle to win as much work as they would like, either because of price or lack of capability.

To that end, Nuclear AMRC has invested heavily in research centres up and down the UK that specialise in niche areas of nuclear manufacturing, from modular construction and large-scale machining to digital instrumentation.

“It’s there that we convert ideas into reality,” says Storer, “and then we give it to industry to go and apply it.”

The results have been spectacular. Nuclear AMRC’s Civil Nuclear Sharing in Growth programme, concluded in 2017, saw the organisation assist 10 companies looking to enter the nuclear market.

“By the end, orders worth nearly £700 million had been won by these firms,” says Storer. “In government speak, that’s just short of 7,000 jobs created or sustained.”

That efort is now being replicated on a much larger scale in its new Fit for Nuclear (F4N) campaign, which has seen the Nuclear AMRC work with 1,200 SMEs to prepare them for entry into Britain’s civil nuclear sector. Ultimately, Storer wants to use his organisation’s expertise to enable the UK’s nuclear industry to compete effectively with its rivals abroad.

“If we can ensure that the right jobs stay in Britain, then we can look at expanding other areas of expertise that we currently can’t deliver,” he says.

At the moment, the British nuclear industry is at the cutting edge of small reactor design, pushing the envelope when it comes to research into fusion and modular technology. Larger reactors capable of producing electricity in the gigawatt range, however, have not been built by UK manufacturers since Sizewell B in the 1980s.

Lacking the domestic resources and expertise to build them, the British government has since reached out to Chinese and French ­firms to construct its newest generation of nuclear power stations.

This, Storer says, is an intolerable situation for the UK’s nuclear industry, and one that Nuclear AMRC is seeking to rectify. “What we need to do is constantly hold a mirror up to government and to developers, and ensure that Britain will be able to accomplish this feat,” says Storer. “At the Nuclear AMRC, we sit in the space of trying to create an intervention to allow that to happen.”

The 75th anniversary of Britain’s victory in the Second World War is an inspiring reminder of the true potential that resides in the country’s civil nuclear sector. It was, after all, a conflict that saw the fundamentals of atomic power generation being explored in British laboratories.

“Think about the innovation and the pace that people worked at then,” says Storer. “The same effort and pace of work, in my opinion, should apply today.”

Sharing the benefits of nuclear networking

Top 7 challenges of Fit For Nuclear

Fit for the ventilator challenge